On August 30th, a serious auto accident occurred in Zhangzhou, Hunan Province. When the driver drove a Chuanqi GS4 on the road section of G107, he inadvertently hit the cement barrier, causing 3 deaths and one injury.

From the picture of the site, the entire vehicle has been disintegrated, the front and rear are completely separated, parts on the vehicle are scattered, and the scene is rather tragic. Generally, after the serious accident, the phenomenon of complete disassembly of the vehicle body is still rare. For this reason, the overall safety of Guangzhou Automobile's vehicles has been questioned by consumers, and the â€œbroken-off gateâ€ incident has been stirred up by the public. 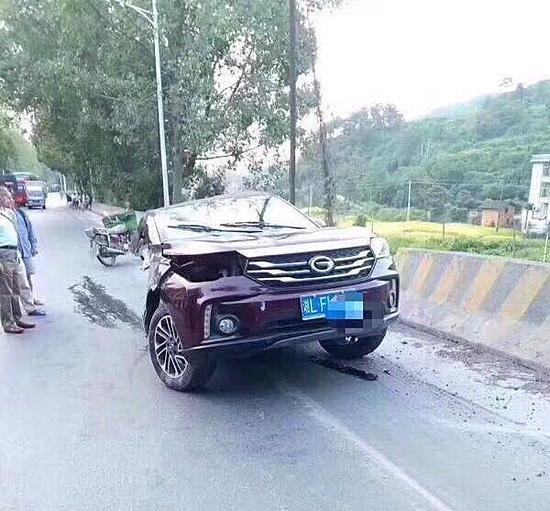 On the afternoon of August 31st, Guangqi Chuanyu official website officially informed the situation of a large traffic accident in Zhangzhou, Hunan Province. It was stated in the article that â€œAfter the on-site survey, combined with videos and photos taken by passers-by, the preliminary judgments were made. It was the high-speed side impact of the accident vehicle on the cement barrier. The huge impact force caused the accident vehicle to be cracked from the bottom of the right threshold, and the vehicle was seriously damaged. The specific cause of the accident is still under investigation and will be notified to the public after it is ascertained.â€ For specific content: 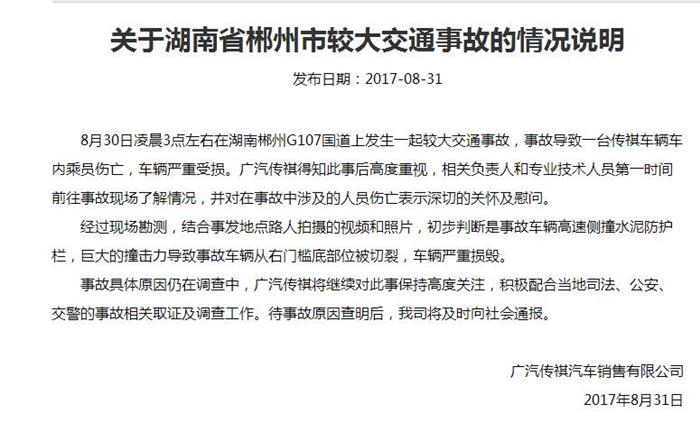 Looking back on the development of GAC in recent years, it can be said that it is wind and water. Relevant data show that since the launch of the first car in 2010 by Guangzhou Automobile Co., Ltd., it has achieved 1 million offline production in just six years. As of July of this year, the sales of the entire vehicle group of GAC Group reached 1.12 million units, of which the Chuanqi series produced and sold 290,000 units, accounting for 26% of the group's total sales. The Chuanqi GS4 as a hot model of explosives among them, cumulative sales of 1-7 reached 207,103 units, ranking second in sales of SUVs, which fully laid the foundation for Guangzhou Automobile's status in the SUV sector. On August 26, Guangqi Chuanxi also held an unprecedented number of new car launch events in Wuzhen, Zhejiang. The launch of GAC Chuanqi GS3 and GS7 attracted a lot of attention from the market, but unexpectedly spread over such a short period of time. The "big thing".

Whether it is the cause of Guangqi Chuanxiong or the subjective reasons for the drunk driving and speeding of car owners guessed in various reports, the author does not make too many comments before the results come out. However, this incident is also a warning to the fast-growing car companies. No matter how far they run, attaching more high-tech, quality and safety are the leading swords.

Video Borescope is an advanced type of borescope that houses a very small CCD chip embedded into the tip of the scope.The video image is relayed from the distal tip and focusable lens assembly back to the display via internal wiring.This video borescope is suitable for small space or pipes that we human can not reach directly.