1
Recently, the new shipbuilding "Eeva VG" completed the application of Ecospeed coating. The vessel is the first of a series of two efficient dry cargo carriers, managed by VG Shipping and will be operated in the Baltic region upon delivery. 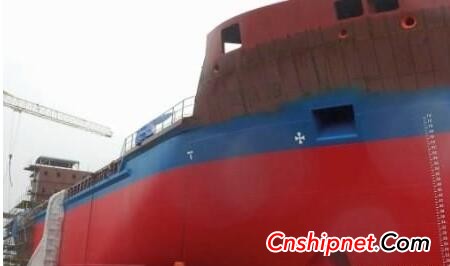 The two cargo ships are VG EcoCoasters, the shipowner is the Meriaura Group, and VG Shipping is a subsidiary of the company, which was jointly designed by Meriaura and Foreship and Aker Arctic Technologies.
It is reported that the VG EcoCoasters are designed to have less environmental impact than traditional dry cargo ships, fuel consumption is reduced by nearly half, and the hull and machinery of the new ship are optimized to a speed of 10.5 knots, using a diesel-electric drive unit. 1A ice level symbol. New ships can also use alternative biofuels to meet or exceed all ship environmental regulations for years to come.
The Meriaura Group has signed a contract with the Royal Bodewes Shipyard of the Netherlands to build the two new vessels. The "Eeva VG" was launched on February 5 this year and is scheduled to be delivered by the end of July. The second vessel is expected to be delivered this fall and is operating well with Ecospeed coatings.