In this accident, Googleâ€™s driverless car was only 3 km/h and the speed of the bus was 30 km/h. Because the speed of the two vehicles was very slow, there was no serious accident. According to the driving report, Googleâ€™s car was to avoid the road at that time. The sandbag, which thought that the bus traveling in the same way would give way, did not control the brake system, which resulted in a collision between the left side of the car and the right side of the bus.

Prior to this, Google had tested 24 unmanned Lexus SUVs at its Silicon Valley headquarters. All cars were equipped with sensors and cameras. This is not the first car accident. There have been more than 10 car accidents recorded before. In most cases, Google Motors was rear-ended by other vehicles, and there were no major casualties. Google said it has not been identified as the party responsible for the accident in any accident. The Mountain View police said they have not signed any report on the accident. A spokesman for the National Highway Traffic Safety Administration declined to comment on the matter.

In December last year, California criticized unmanned cars and stipulated that driverless cars traveling on public roads must have steering wheels, throttles, and brake pedals. Also, a licensed driver must be on hand to respond to emergencies. At that time, Google did not install a steering wheel and full-time drivers on the tested cars. Now Googleâ€™s driverless car development project has reached 6 years, and the total test mileage includes automatic and manual driving. More than 2 million miles have occurred. Only 17 minor accidents occurred during this period. "No one accident was caused by a driverless car."

The new security law introduced by California states that Google's test drivers should control the steering wheel when needed. If it is finally determined that Google Motors will take responsibility for the accident, this will be the first accident in the Google SUV series in the automatic driving mode. A spokesperson for the California Motor Vehicle Administration said that the agency had a conversation with the Google executive on Monday to discuss the cause of the accident. Google spokesperson did not immediately comment on the matter.

Metabenzenetriacid Ester is a kind of ester produced by trimellitic anhydride, monobasic alcohol and polybasic alcohol. It has high flash point and low volatility, specially suitable for high temperature application. It can be used as base oil in high temperature chain oil, air compressor oil, high and low temperature grease. It can also be used with PAO and mineral base oil, to perform as base oil in various fully synthetic or semi-synthetic lubricant. 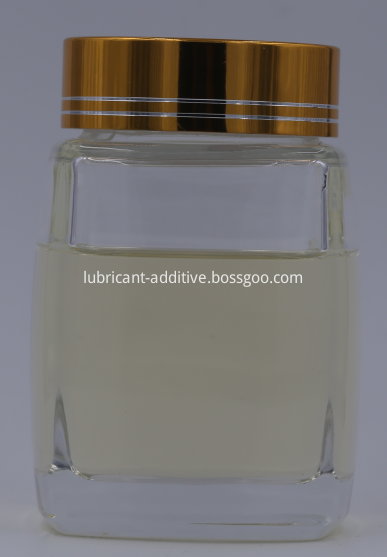